I've seen a fair bit of hay going around about Copilot and intellectual property or Copilot and bad code, but I think there's a more serious issue. Copilot is an attempt to exert downward pressure on the programming labour market, and it's not one we're well-equipped to resist.

Here's the theory: for $100/seat/year, Copilot promises to deliver code that's about on part with what a first-year employee ($50k-$150k/yr, depending on local market) can deliver.

You still need a competent developer to wrangle it, but you need that with junior developers, too.

Whether it can actually deliver that isn't really material - whether people with the capacity to make hiring and budget decisions _believe_ it works is what matters.

Worse, it's pitched at developers, not at hiring managers. So the downward pressure is implicit, and largely invisible: instead of competing against copilot, you're now competing against developers who use copilot, on the premise that if you don't, then you cost more money than they do for similar results (or produce fewer results for the same money).

We'll see whether this works, but the medium-term risk here is that we eliminate the junior developer role in its entirety, and just slam the gates shut on this career path for a while.

@owen We have a senior dev at $dayjob who is now asking the head of software whether or not we should ban the use of copilot; it isn't clear from his perspective that it's much different from generic scaffolding ... but it isn't clear. @yojimbo @owen We banned it where I work because it periodically spits out its own training data and consequently exposes us to unknowable liability, among other unknowable risks. 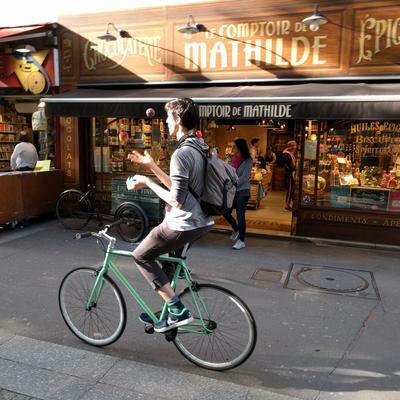 one of the main points in David Graeber's "On Bullshit Jobs" was that many jobs exist so that a higher-up can brag about how many people work underneath them.

I totally agree about it contributing to downward pressure, but I'm hedging that against "rational self-interest" in "the market" being more of an ideology than anything else.

@owen I am more worried about GitHub releasing a "Student Edition" for free and the next generation of CS students thinking they can write code because they know what words to trigger code suggestions with.

Or is that the future of programming and we are the dinosaurs resisting change?

@st3fan I don't really have a lot to say about that aspect! I'm broadly in favour of effectively supporting program authoring.

Unfortunately, tools do not exist in a vacuum.

Transneptodon is a community for people who like stories, games, games about stories, stories about games, probably also computers, cooking, language, and definitely social justice!